People who could benefit from food pantries don't know about them. 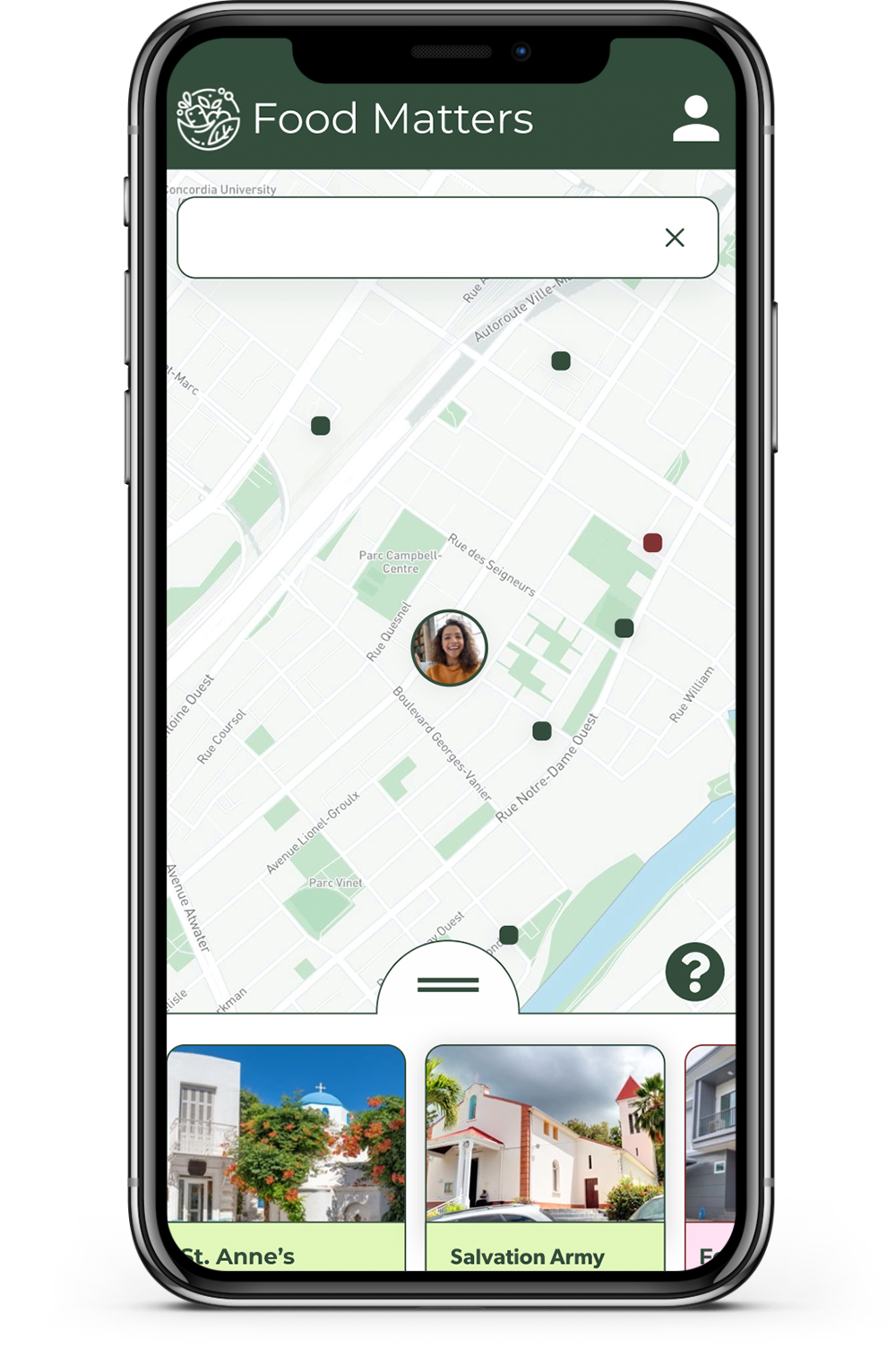 An app that gives people information about the nearest pantries.

Including their locations, their hours of operation, and what they ask of you. 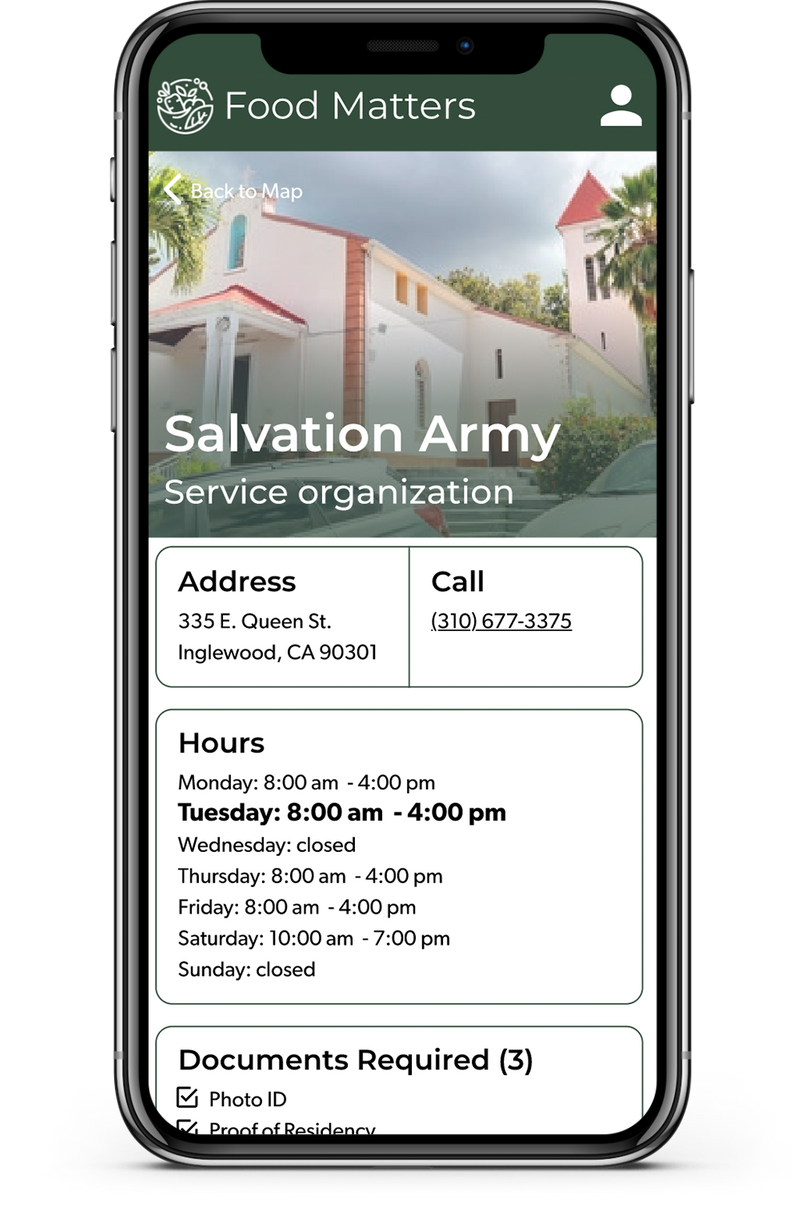 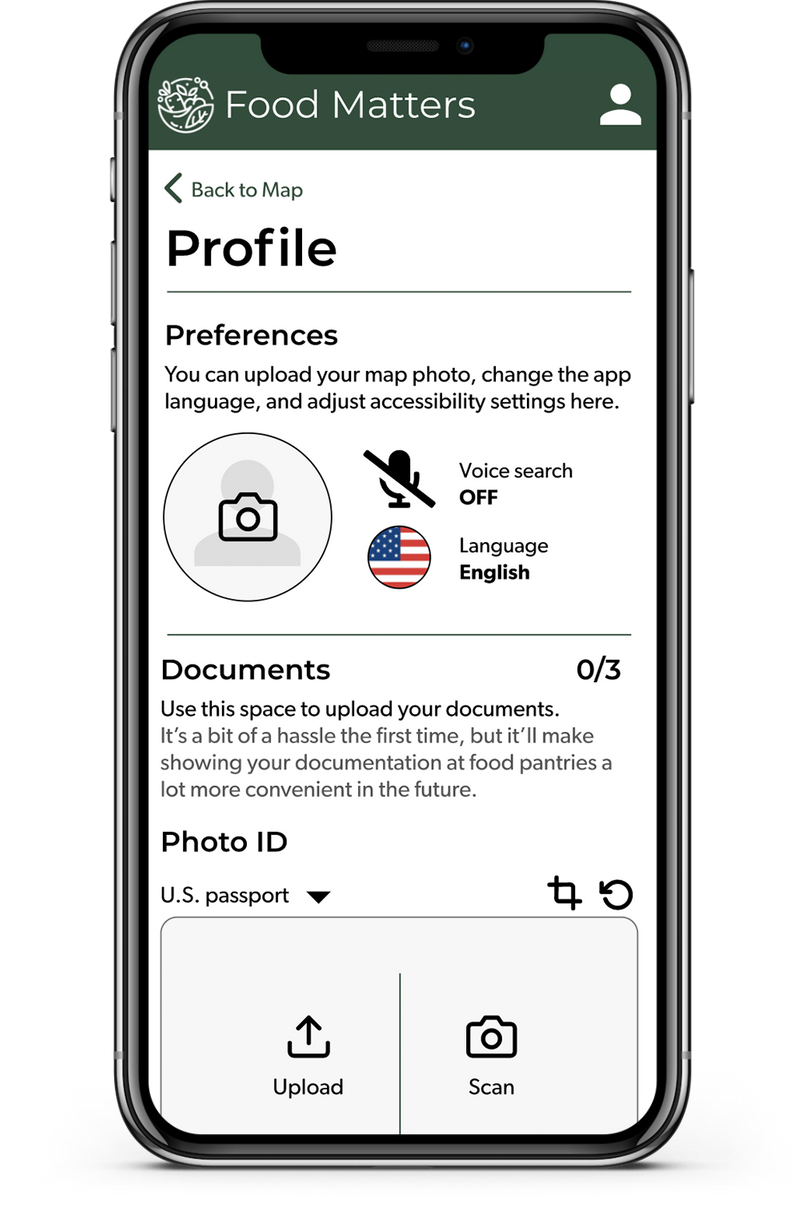 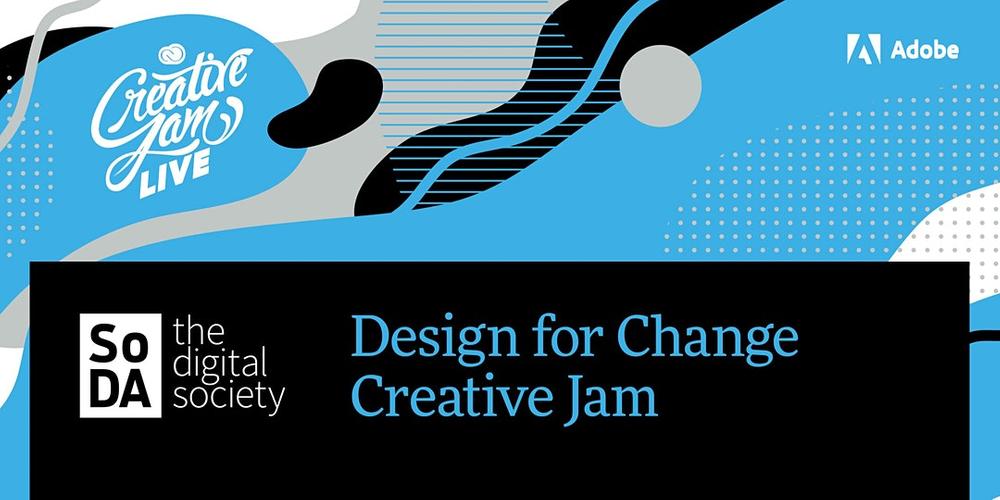 As part of the 2020 Adobe Creative Jam, my team was given the following task:

Design a mobile app that empowers a specific audience to help improve part of the chain of food collection and distribution.

We interviewed Enyaj, a regular food pantry user and volunteer. 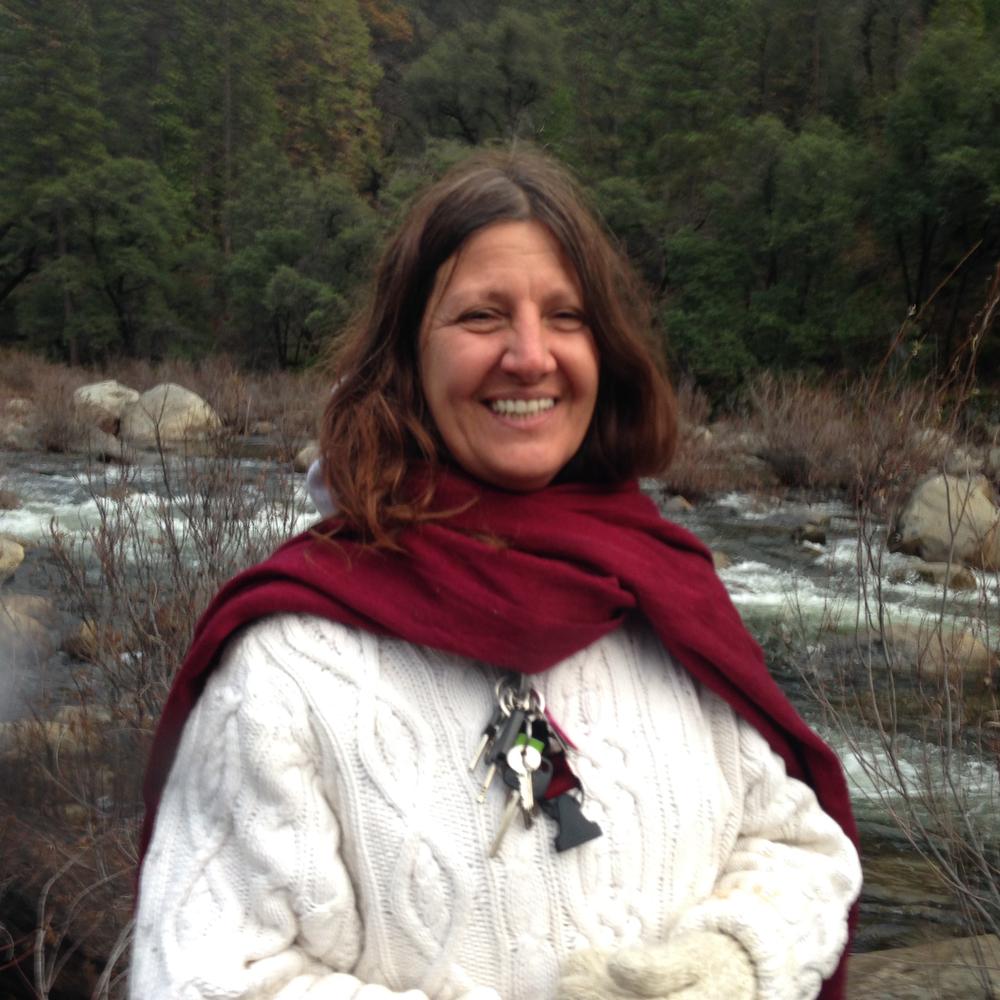 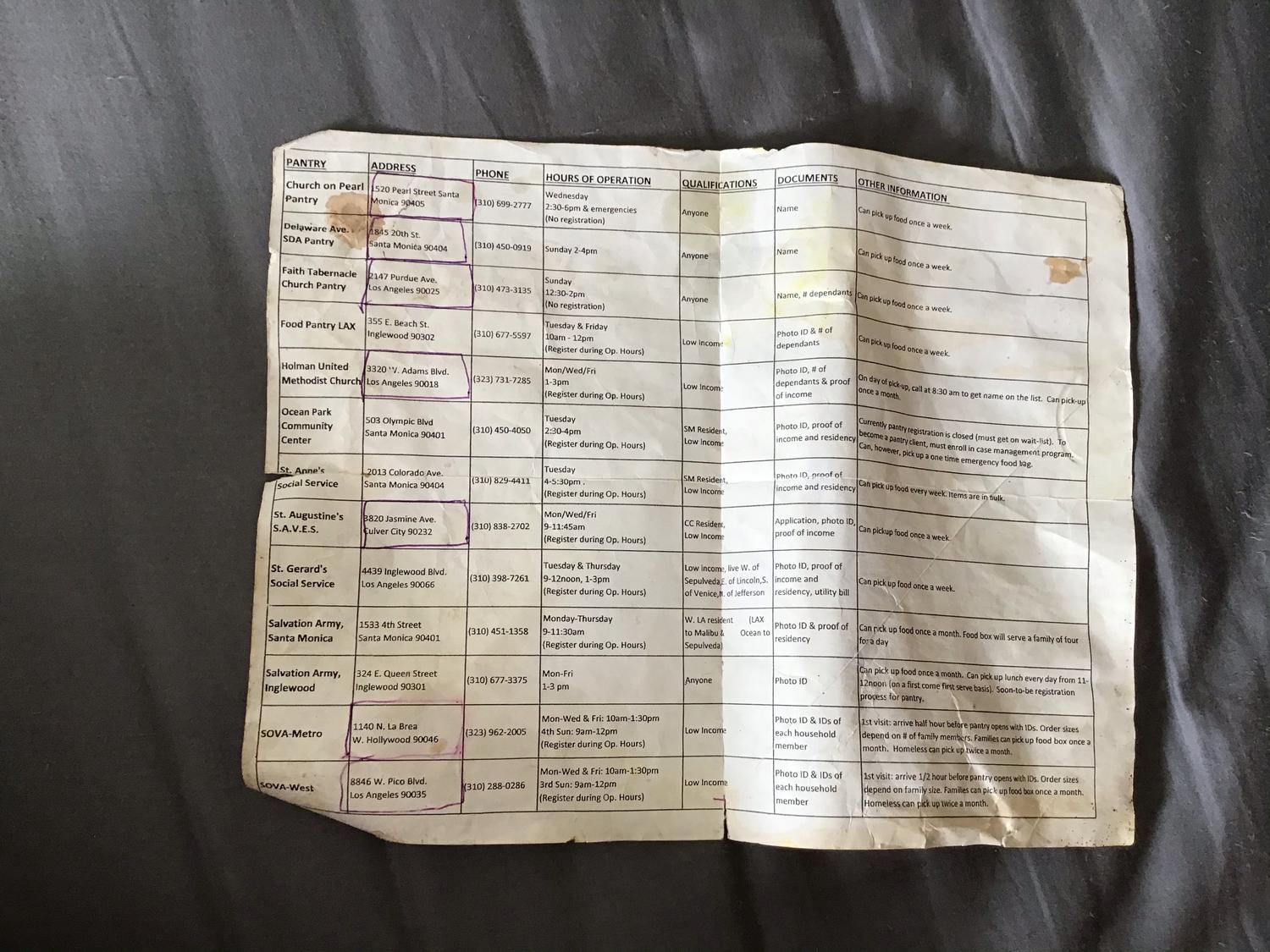 While we were researching, we created a deck of the ideas and insights that arrived to us. 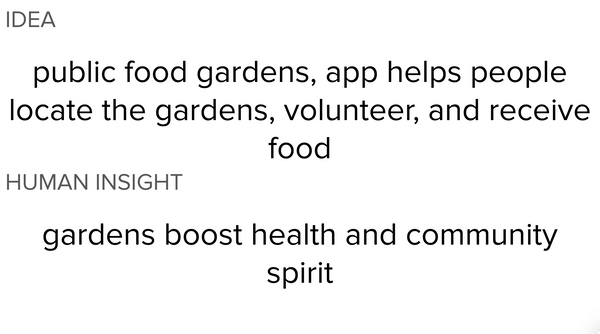 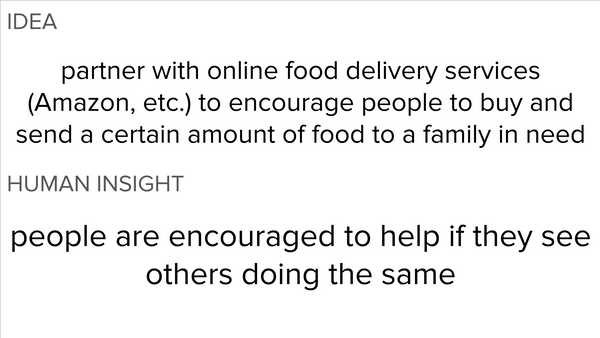 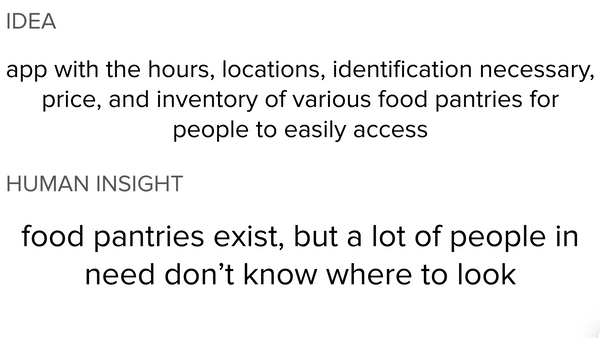 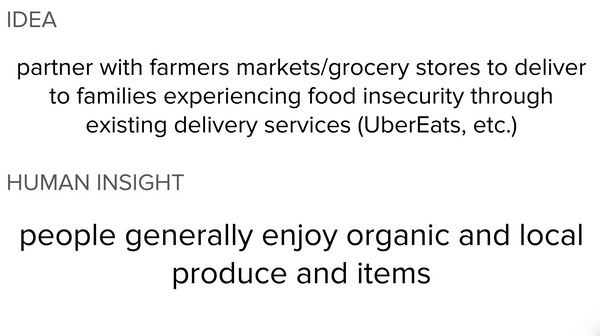 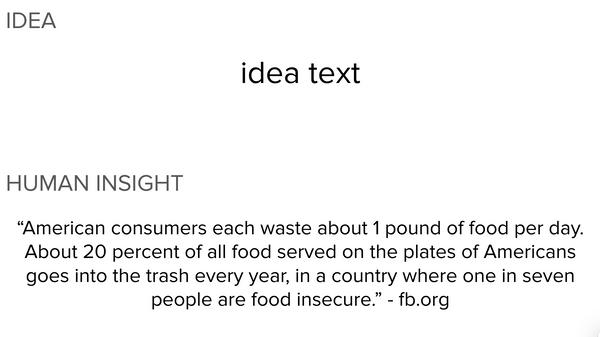 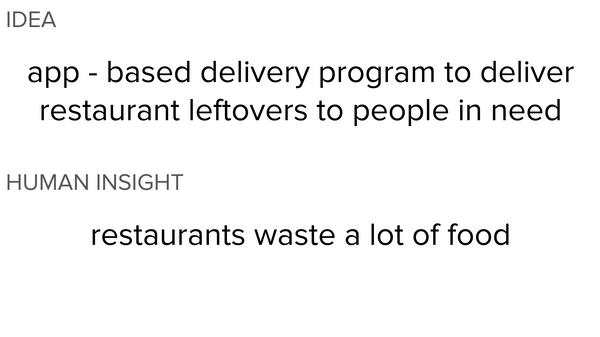 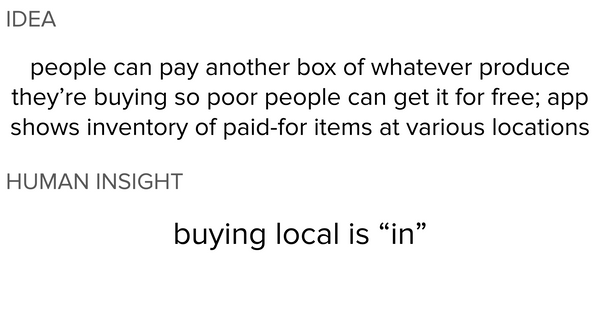 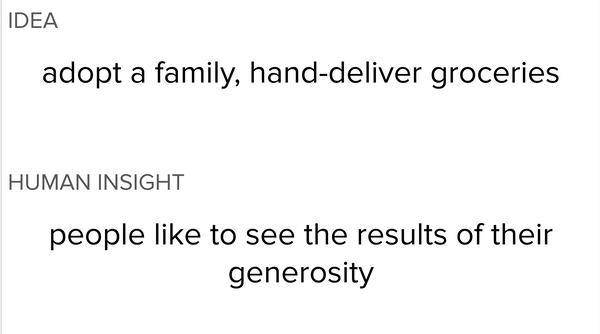 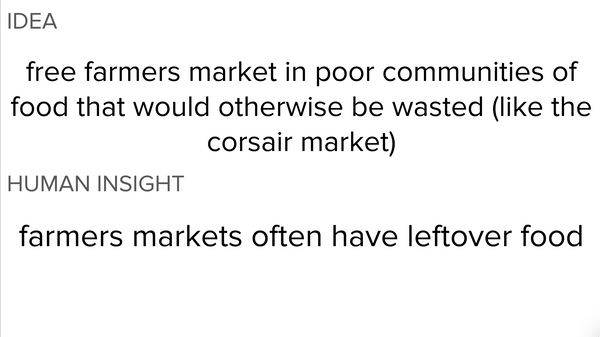 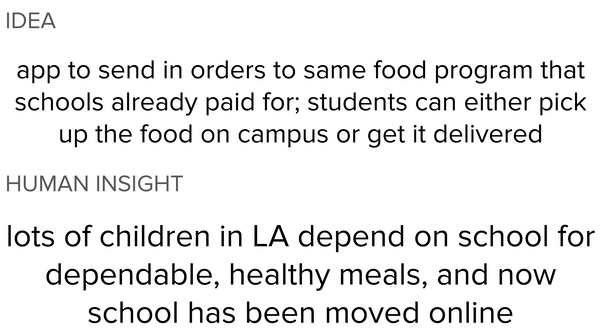 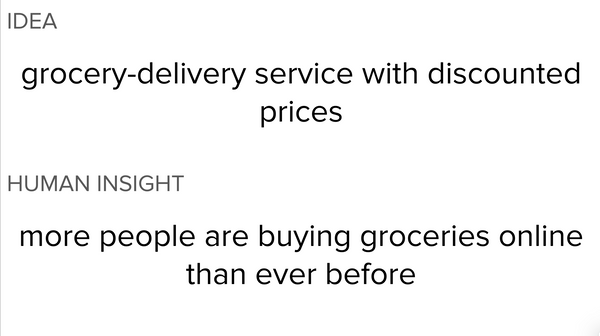 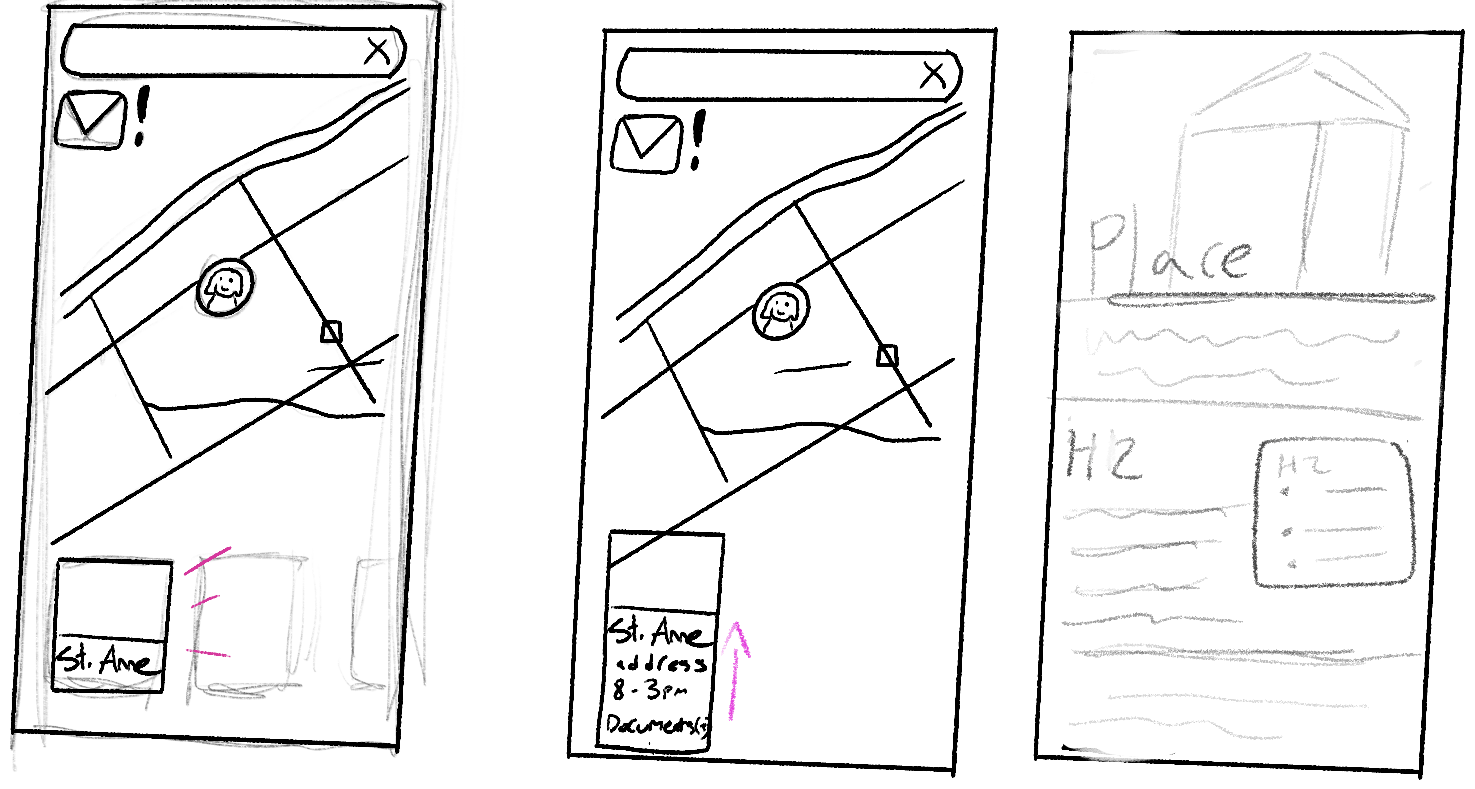 What Worked
Working in a 2 week sprint forced me to distinguish between our group's needs and the nice-to-haves.

We ended up with a lot to show in a short time, and so I understood why design sprints have become commonplace for tech companies.
What Didn't Work
Adobe XD is a great program with a lot of cool features, but lacked the streamline collaborating system of competing programs like Figma.

Working with my teammates, we became increasingly stressed as the deadline approached because new file versions were frequently created, requiring us to take time to figure out what the heck was going on.
Future Considerations

As the COVID-19 quarantine began, my team tackled the issue of social isolation by designing a new console and social network. 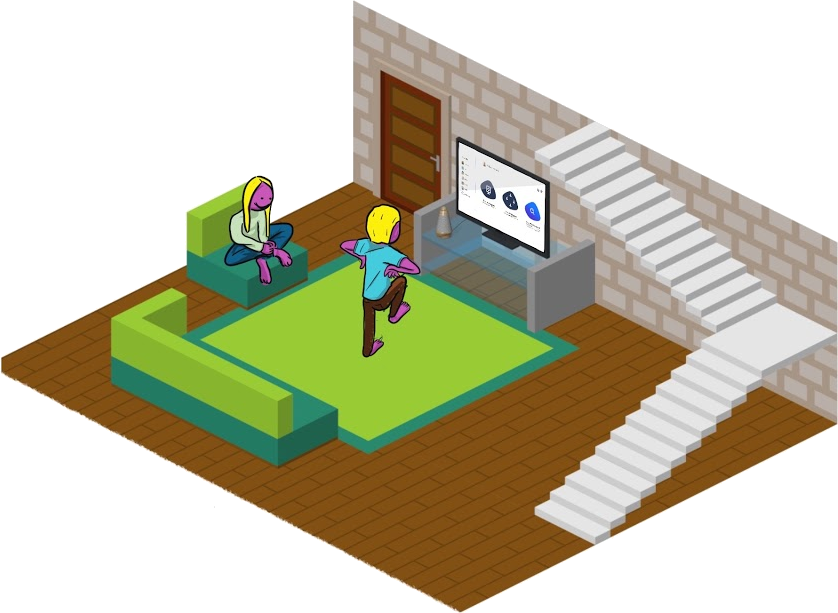